Getting the Fourth Mainland Bridge right, for everyone, By Richard Dion 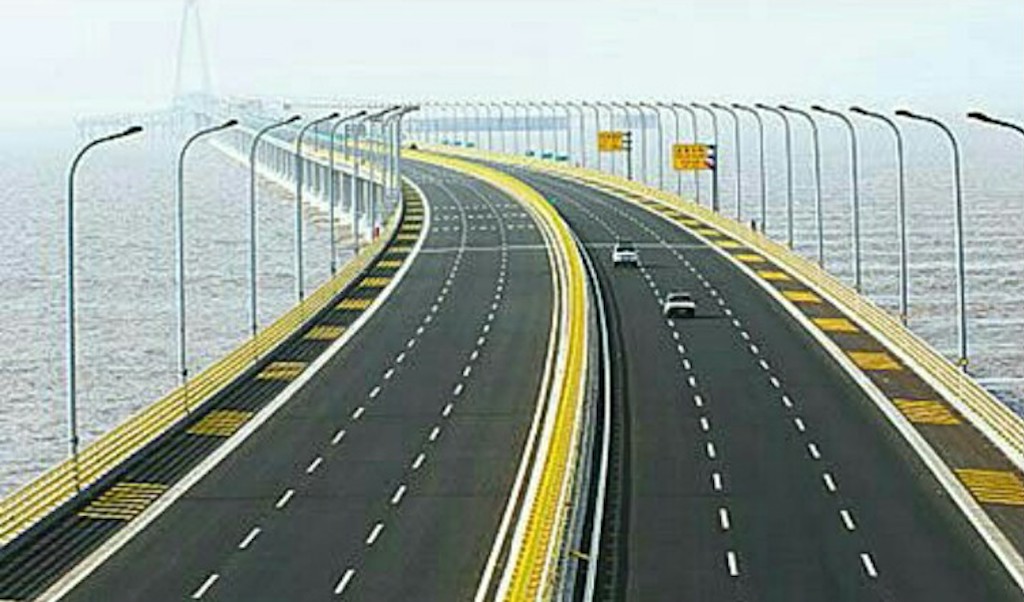 Getting the Fourth Mainland Bridge right, for everyone, By Richard Dion

With Lagos scheduled to start its Fourth Mainland Bridge this year, the governor and his team could examine a number of areas to make the bridge a success, offering value for money and serving the mobility needs of those in Lagos.

Expert negotiation: Lagos has very likely not negotiated a contract this large, with the implications enormous for the coming century. Yes, an entire century. As the bridge itself should have a planned existence of at least 100 years, the government needs to consider all of the potential angles of negotiation regarding its building. These aspects include Environmental, Social and Health Impact Assessments (ESHIA), any potential displacement of people following the International Finance Corporation’s Performance Standards, as well as operation, maintenance, material integrity (particularly with the stress of the bridge in Lago’s climate). I have not even discussed the scheduling, the financial modelling and the potential tools for financing the bridge. One potential is a public-private partnership, which sounds good, but has not always served the government or its people.

In addition, operation and maintenance clauses need to be water tight. A road can have lapsed maintenance — more potholes. However, to ignore a bridge’s maintenance could lead to significant fatalities, liability and traffic in the future. In addition, although for the next generation, this issue cannot “kicked into the long grass”. It must be addressed up front, in the contract.

Materials: The circular economy, “there is no away”, is increasingly taking hold in policy circles. In this respect, all materials (steel and concrete) should have their own passport (including CO2 footprint), in which it is clear how the materials could be potentially reused in the future, as well as during the construction phase.

Building for the long-term and for flexibility: No one knew of a pandemic 18 months ago and almost no one could have guessed its impact. Since then, the world has changed dramatically, with urban centres seriously considering whether a car-free city provides a better quality of life than the convenience and storage challenges of cars (not to mention the “go slows”). While cars may be the default for the moment, lanes should have flexibility to be adjusted, once traffic patterns and use have been studied. The glaring example in San Francisco includes the Bay Bridge between the city and Oakland. When first built in the lates 1930s, train tracks ran over it. However, within years, the car culture took hold, resulting in the removal of those tracks. With no tracks (and no bike lane crossing the bridge), the “retrofit” of the bridge has been a headache. To complete the bike path alone across the four miles linking San Francisco and Oakland is $400 million. In addition, it is crucial for those to remember that the bridge will be built in 2021 and only coming into operation some years after. What will change in the (traffic) habits of Lagosians? What is the difference between the Lagos of 2010 and 2020?

Soft policy: The bridge is Lagos’s largest piece of hardware, but what of the software — the policy aspects of that use? As mentioned above, other modes of transport are crucial, particularly public transport (buses are significantly cheaper than any potential tram or train), as well as bikes and cargo. For cars, the policy of having carpool lanes (and VERY STRICT enforcement) is an important aspect. Depending on how the bridge is built, the eight lanes could have flexibility — five lanes going into the city (at least one, if not two for public transport) in the morning, with the reverse in the afternoon. Building a bridge or a freeway is important, but there is a host of soft policy tools to use to avoid the worn-out record of “the freeway is already full — we need to build another lane”. This has been the practice in Los Angeles, which has solved nothing.

Aesthetics and Value: Switzerland’s Othmar Ammann, responsible for half of New York’s suspension bridges, lays it out plain and simple — “to be an ugly bridge is a crime”. Fritz Leonhardt took that phrase and turned it into a seminalarticle in February 1968, called “Aesthetics of Bridge Design” in Precast/Prestressed Concrete Institute’s Journal.

What is the percentage of local goods and services that are being used for the bridge? There are many ways to measure that and the devil is in the contract details. Is it people working? Is it hours worked? Or is it materials procured (in tonnes)?

The design may be more expensive, but the potential value addition for the city is enormous. The Bay Lights Project for the Bay Bridge included not only the “technological sublime” in the Self-Anchored Suspension bridge, but also an art installation that is not only beautiful, but valuable. A number of leading valuators created a “back-of-the-envelope” estimate that topped $100 million which the project brought to the city. The criteria ranged from direct views to the bridge, showing apartments at night and the Bay Area’s push towards branding. All of these helped to support San Francisco’s coffers in increased property taxes.

Energy: With significant amount of “space” on the bridge, it is possible to mount a solar farm on it to collect energy, which would at the very least run the lighting on it.

Local Content: What is the percentage of local goods and services that are being used for the bridge? There are many ways to measure that and the devil is in the contract details. Is it people working? Is it hours worked? Or is it materials procured (in tonnes)? Even for the United States, the Single Anchor Suspension bridge had a considerable amount produced in China, which was seen as a failure of American innovation. The reality was that the Americans could not produce a bridge on that large a scale.

Bridge as carrier: This is about the pipes for water, wire, sewage or whatever should be part of the bridge (underneath). This is a great opportunity to “build in” future needs. The bridge’s right of way could be worth billions in the future in saved time, effort and, of course, money. As in any piece of infrastructure, the three most important aspects are right of way, right of way, right of way.

Force Multiplier: The Fourth Mainland Bridge is a lighthouse project and as such will be a microcosm of everything. Its construction will set the tone, volume and speed of many aspects in the country, not just in infrastructure. Some aspects include:

Bridges are expensive, that is clear. What are some of the very cheap alternative ways to increase mobility in Lagos and bridge various parts of the city? Would a gondola be a practical aspect linking Victoria Island with Lagos proper? Could a gondola reduce traffic and increase the quality of life in the city?

Selling the project: With hopefully an aesthetic design, the bridge will sell itself. However, the use of a well-placed drone will help to provide the scope and scale of what it hopes to accomplish — keeping Africa’s largest city mobile. An exhibition in the Lagos Science Centre, with a beautifully designed wooden model, blueprints, over-sized reproductions of piers, would be an excellent opportunity to explain bridge building to the next generation of civil engineers and generally provide an impetus to consider a career in STEM (Science, Technology, Engineering and Maths). Such an exhibition could also travel to other cities around Nigeria, Africa and indeed the world.

Venders and Walking: What is the city’s tolerance level for those walking and selling on the bridge? What are the hard (high fences) and soft measures (fines and an alternative place to sell) for the governor to consider? Will this long-accepted informal aspect of the economy be formalised?

Public service or private good: A balance needs to be struck between incentivising those to use the bridge with public transport and those who use it as a private good with their individual cars. The latter causes more traffic, contributes to noise and air pollution, but provides revenue. Many times these economic externalities are not considered. They need to be part of any economic equation from here on out.

Under promise and over deliver (not the opposite): the State’s governor would have broken the mirror of reality. There is no such thing as good, quick and cheap. As my urban planning professor said, “Richard, you can have two, but not all three of them. You can have good and cheap, but it won’t be quick. Cheap and quick, but it won’t be good.” This, to me, is the most truthful phrase ever spoken about infrastructure. In that respect, the authorities must make a choice about what they want, and at the same time, what their legacies will be.

Experimenting with other modes of mobility: Bridges are expensive, that is clear. What are some of the very cheap alternative ways to increase mobility in Lagos and bridge various parts of the city? Would a gondola be a practical aspect linking Victoria Island with Lagos proper? Could a gondola reduce traffic and increase the quality of life in the city? Gondolas/ropeways running above a city are increasingly being seen as an alternative across small bodies of water as a way to connect, reduce traffic and save citizens’ time in traffic.