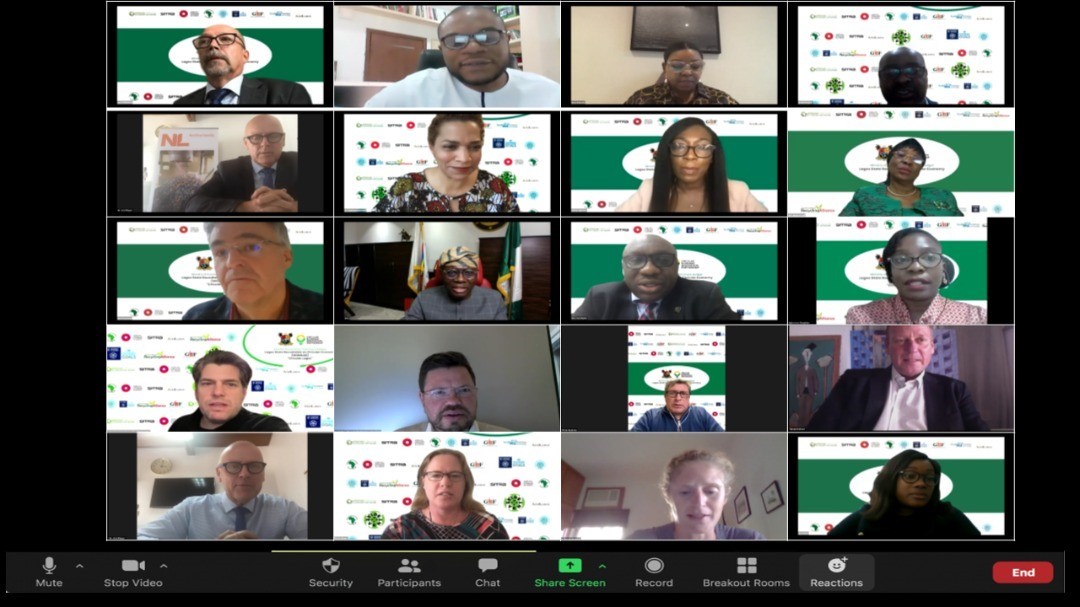 If there is one thing we can agree on, it is that 2020 has been a pretty dismal year. At no time in recent history has daily life been so disrupted and the direction of social and economic progress felt so uncertain. The rapid and destructive impact of Covid-19 has also served as a reminder of another, more complex impending global crisis caused by human economic activity, referred to in the broadest terms as “climate change”.

Times of crisis are however also moments of opportunity to build new visions and to shift direction. The Lagos State Roundtable on Circular Economy, held on December 2, 2020 was just one of those moments, where, owing to the leadership of the His Excellency, Babajide Sanwo-Olu, Governor of Lagos State, Hon. Sam Egube, Commissioner, Ministry of Economic Planning and Budget and Mrs Abiola Liadi, Permanent Secretary of the Ministry of Economic Planning and Budget, the vision of a Circular Lagos, founded upon principles of cross-sectoral partnership and coordination was articulated for the first time.

A Circular Lagos is one that is defined by focusing on policy, business opportunity and investment that eliminates waste in the value chain and builds and infrastructure to support this. It is an approach that emphasizes the importance of economic growth, job creation and social cohesion in tandem with environmentally sustainable business activity.

While the transition towards a Circular Lagos depends upon the participation of all members of society, two groups have a particularly important role to play: Youth and the informal sector. Both groups have suffered from the monumental social and economic impacts of Covid-19 but on the flipside are the linchpins of a circular transition, owing to the vital roles they play in innovation and entrepreneurship, especially in terms of mobilizing behaviour change and creating new types of value from waste.

The vision of a Circular Lagos is revolutionary insofar as it imagines new types of social and economic organization which benefit all members of society, however the transition towards a Circular Lagos will not happen overnight. It depends upon high levels of engagement among a broad range of stakeholders to define priorities and set goals around them. It depends upon setting realistic targets that enable change agents. It depends upon sharing data, information and resources. It depends upon policy, business and investor coordination that enables us to grow investments in innovation, education and infrastructure by clearly defining interests and distributing risk.

Most importantly however, the Roundtable closed with a message from Hon. Sam Egube that was a commitment to action to build a roadmap towards a Circular Lagos, underlining the importance of continued engagement with all partners and of bringing in new stakeholders to build a Circular Lagos that is embedded in the State’s long-term development plan. Referring to the prestigious World Circular Economy Forum, which will be held in the Netherlands in 2021, Hon. Sam Egube pledged Lagos would be there to showcase its achievements, signaling its ambitious Circular Economy direction.

The Bricks and Mortar of Circular Economy Measurement in Africa